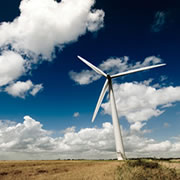 A new organisation, the Global Alliance for 100% Renewable Energy, has been causing quite a stir amongst European legislators recently by calling for a a 2050 goal to reach 100% renewable energy.  The Alliance has fired criticism at many heads of state across the EU for failing to set a goal for a complete switch over to renewable energy sources, despite many setting smaller targets for green projects like recycling and the EU itself enforcing similar deadlines on businesses and authorities across the region – including the ‘20% by 2020’ target.

With members including the World Future Council, the Fraunhofer Institute for Solar Energy Systems ISE, and the World Wind Energy Association, the Alliance claim that legislators have the means to set such a benchmark, but lack the political will to set such (self-described) ‘aggressive’ targets.

But is such a target feasible in many people’s lifetimes?

In a report at the start of May, Bloomberg New Energy Finance predicted that investment in green energy could hit  $630 billion by the end of 2030 (up from $190 billion in 2011). The forecast in the report puts that figure at 37% more than was estimated back in November 2011, potentially leaving renewables to account for half of all energy production capacity – commercial or otherwise – by 2030.

The BNEF then used this data and applied it to the trends throughout the renewable commercial energy market’s lifetime, and have pinned a 69%-74% estimate of how much of the world’s power will come from renewables – a clean-energy installed capacity of 3,500GW.

With such aggressive growth slated for the next 18 years, it would seem a 100% power capacity from renewable sources by 2050 is far from unreasonable.

However,  the EU and it’s member states remain less optimistic about transitioning away from fossil fuels. Depending on how countries are faring with the ’20-by-2020′ target, the Union is contemplating aiming for 30 to 35% by 2030.

Some countries have even set themselves goals ahead of the curve, with Norway, Sweden, and Latvia have set targets of 67.5%, 49%, and 40% to hit by 2030, respectively.

Here in the UK, it would seem that goal is far beyond 2050, barring a u-turn from the government. Whilst a pledge to reduce greenhouse gas emissions by 50% by 2050 has been in place for a number of years, the coalition government have preferred to invest in nuclear power and carbon capture programmes over a renewable infrastructure.