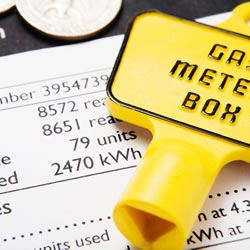 EDF Energy has become the latest of Britain’s “big six” utilities to increase its gas and electricity prices, adding to pressure on already hard pressed consumers.    The decision to raise its energy prices by an average of 10.8% per cent comes just days after other suppliers have already increased there energy prices.


EDF has three million domestic customers in the UK that will be effected by this latest price increase.

This now makes it 5 out of the big six suppliers that have increased energy prices over the last few weeks.

Also following behind them but not making the main news headlines has seen a bunch of smaller independent suppliers also raising there energy prices over the last few days.

Commenting on the increase – Martin Lawrence an EDF Director has been quoted as saying – “We know that customers will not welcome this news and do not want to see prices going up”.

EDF Energy’s announcement will not come as much of a surprise to those people that follow the UK energy market.  With recent price increases from other suppliers, it was widely expected that EDF would have to follow shortly.  An increase in Wholesale energy costs and the need for significant investment into the aging UK energy system will sound similar to people who have followed these price announcements over the last few weeks.

If you haven’t already looked at alternative deals,  now would be a good time to look at a fixed price option.  With some consumers able to save as much as £200 a year if they switched suppliers.

For more information about Catalyst’s energy savings please visit or to speak with an adviser for advice on business electricity or gas call 0870 710 7560. Or you might want to subscribe for further information on EDF Energy prices from our site here.