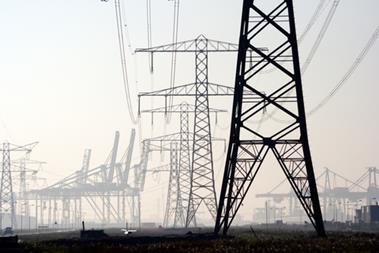 Weak demand and new gas-fired power plants coming on-stream by 2016 should keep the lights on in Britain for the rest of this decade.  UK Power cuts predicted to the end of this decade will be avoided thanks to increased energy efficiency, the economic recession, renewable energy resources and a new generation of gas fired power plants.

According to the report the UK is “on track to keep the lights on through the critical years between 2015 and 2020” thanks to new investments in energy infrastructure, coupled with relatively weak power demand.

This decade started with endless warnings from energy experts that the phasing out of old coal and nuclear plants risked the lights going out after the middle of this decade.

But weak demand due to the economic slowdown and the controversial but generous renewable energy subsidies seem to have proven these experts wrong.

The report predicts that while energy capacity margins will tighten around 2015 when the first wave of plant retirements take effect, they will stabilise at an acceptable level of 10 to 15 per cent.

Michael Liebreich, chief executive of BNEF, said: “The blackout plays an iconic role in British history – first with world war II and the blitz, and then the industrial strife of the 1970s.

“The UK is embarking on an historic shift in its electricity supply, and commentators and critics have continually raised the spectre of the lights going out once again across Britain. Our analysis shows that, barring unforeseen circumstances, it is not going to happen.”

According to BNEF’s white paper during the economic recession of 2008 electricity consumption in Britain reduced 9% compared with the peaks of 2005 and it may not return to pre-slump levels for 20 years.

The new gas-fired power plants scheduled to come on-stream will generate a total of 15GW more than enough to make up for the 12GW of coal-powered plants being closed down.

But according to BNEF this will be the last “dash for gas” we see in Britain as the report predicts: “we will not see another boom in new-build, fossil fuel-based plants”.

New nuclear reactors predicted to be built after 2020 and increased levels of solar, marine and wind energy should reassure that.

The questions we ask you this week is: Will this last “dash for Gas” cause business gas and business electricity to peak towards the end of the decade?

You know the drill. Share your thoughts on our comments or head to our Facebook Page or Google+ page or tweet your opinion to @CatalystEnergy. We look to forward to hearing your opinion.