Amidst Fears of Energy Deficit 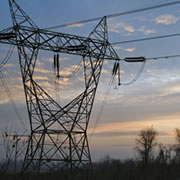 The energy market’s ‘Big Six’ players have heaped pressure on the government today to endures and support gas-fired power or face a shortfall in the amount of energy the UK needs.

EnergyUK – which represents EDF Energy, Centrica and more – Angela Knight, head of EnergyUK warned energy secretary Ed Davey that the government needs to reach a decision on a capacity mechanism to determine the UK’s commercial energy usage, describing the matter as ‘urgent’.

“It is essential that market participants are given clarity on future market arrangements,” said Knight, and the government and business energy suppliers should agree on defining them “as quickly as possible”.

The plea comes amid confusion between energy suppliers, high-profile consumers and the government themselves over where the UK’s energy will come from over the next 10 years. 20% of the UK’s energy generating capacity will be retired by 2023 to satisfy stringent EU laws on environmental standards – meaning that much of the closing stations will be fossil fuel powered.

The government had planned to pick up that slack with a combination of new nuclear and alternative energy sources, however the tough financial climate has seen development delayed as investors remain wary.

EnergyUK feel that a more concrete plan that would allow for the new economic challenges faced in the sector will encourage more confidence in the production of commercial energy, and fill potential investors with more certainty.

Additionally, The Energy Bill – revealed six months ago – will become law later this year, providing another level of predictability to the market.

However, in the race to avoid an energy shortfall – time does seem to be running out. Ofgem has predicted that the energy ‘reserve’ of Britain’s production – that usually allows for fluctuations in the market – will drop from 15% to a mere 5% by 2016. Should a slid plan not be in place by then, the government could face importing from abroad and the consequentially bloated energy costs.