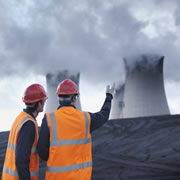 UK energy supplier E.ON announced to the public today that it’s reported underlying net income for the January to June period has hit £2.6bn – tripling last year’s figure of £706m.  One of the so-called ‘Big Six’ energy suppliers, E.ON meet the needs of over 6 million customers, 5 million of which are in the UK and many of which are commercial energy clients.  Similar to EDF  (who we reported on last week) E.ON had to contend with Germany’s phasing out of nuclear power by bolstering it’s supply from renewable sources of business electricity and gas.

The profit surge was helped by a gas price settlement with the giant Russian business gas producer Gazprom.   However, whilst the report will be welcome news for the German energy giant’s investors and executives, E.ON has come under fire following publishing the figures, as consumer groups have begun to question whether such a huge increase in profits has come from not passing savings on to customers.

Richard Hall, Head of Energy Regulation at Consumer Focus, said: “Such a big increase, hard on the heels of British Gas profit rises, will leave customers questioning whether the price they’re paying is fair.”

Mr Hall added “Wholesale prices are now a long way from their peak and E.ON has reported greater margins based on changes in their costs. This will reopen questions on whether falls in wholesale pricing are fed through fairly and fully.

“Profitable companies are needed for our economy but customers need to know they are being charged a fair price through a competitive and transparent market.”

Share your thoughts on the Energy Supplier Triples Profits our comments or head to our Facebook Page or Google+ page or tweet your opinion to @CatalystEnergy.

If you would like more information or would simply like to find out how we could benefit your business, simply call our energy team today on 0870 710 7560 or request a call back at time to suit.