Britain’s Fossil Fuels to Run Out 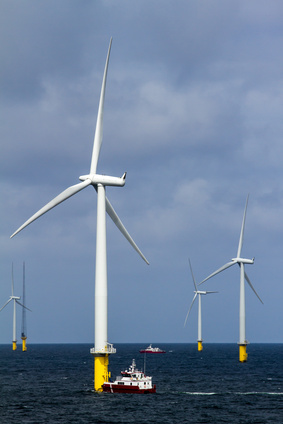 Whilst the UK’s status as an energy importer rather than exporter is no secret, a new study by researchers warns that what little remaining fossil fuels Britain does have at its disposal will likely run out in a little over five years.The report from the Global Sustainability Institute says that Britain has just 5.2 years of oil, 4.5 years of coal and three years of its own gas remaining, and should form part of a Europe-wide drive towards renewable energy.

Prof Victor Anderson has called for heads of state to embrace wind, tidal, solar and other sources of renewable power or face heavy dependance on Norway, Qatar and Russia within the decade – something that could be bad for commercial energy prices with demand likely to increase continent wide.

The report highlighted the discrepancy between countries like the UK and fossil-fuel rich countries – Russia, in particular, provided stark contrast as it currently boasts more than 50 years of oil, more than 100 years of gas and more than 500 years of coal left based on it’s current consumption.

Dr Aled Jones, director of the institute, said “The EU is becoming ever more reliant on our resource-rich neighbours such as Russia and Norway, and this trend will only continue unless decisive action is taken,”.

Varying levels of fossil fuel resources across Europe were especially evident in the report, which suggests that Germany has as much as 250 years of coal left, but less than a year’s supply of oil, whilst France will burn through all three forms of it’s fossil fuels by the end of 2015.

Professor Anderson said: “Coal, oil and gas resources in Europe are running down and we need alternatives. The UK urgently needs to be part of a Europe-wide drive to expand renewable energy sources such as wave, wind, tidal, and solar power.”

Already, however, the  Department of Energy & Climate Change spokesperson has rubbished the report, branding it as ‘nonsense’.

“The UK is one of the most energy secure countries in the world thanks to the combination of our own reserves, our diverse sources of imported energy and our focus on increasing clean, homegrown energy in the UK – which includes nuclear, renewables and carbon capture and storage.

“As well as attracting record investment into our energy security since 2010, the UK is leading globally on energy security, particularly through the G7 which has agreed to take global action to improve energy security, and in getting a deal in the EU to cut carbon emissions by 40% by 2030.”

The UK government has always maintained that energy independence is not necessary, and will be lowering fossil fuel usage thanks to new nuclear programmes, more efficient power stations and increased renewable enegy in line with EU-mandated goals set to be met by 2020.