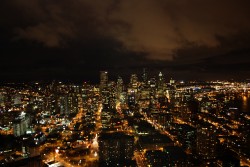 Greater flexibility will be needed over the course of summer 2017 to balance the electricity system during periods of low demand, and increased supply and demand variability, according to National Grid.

In its Summer Outlook Report 2017, published on 6 April, National Grid explained that, due to falling demand on the British electricity system, it anticipates there will be periods where there is more generation than is needed on the system.

To deal with this, National Grid said it is planning to restrict flexible generation (gas or coal-fired power stations for example), as well as potentially instructing inflexible generators (solar and wind) to reduce their output between late April and the end of summer, in order to help it balance supply and demand. National Grid is required to actively balance electricity supply and demand on the very high voltage electricity network on a second-by-second basis to prevent black-outs.

Historically, the system operator’s level of intervention has been minimal in meeting these requirements. However the increase of intermittent renewable generation and a concurrent fall in controllable fossil fuel-fired power stations, combined with changing demand needs from consumer, mean direct intervention from National Grid necessary to maintain the security of the system.

During summer periods of low demand high levels of generation from small-scale renewables such as solar and wind can mean there is too much generation. National Grid said it has made sure it has “a range of tools” to balance the system. For example, in February there was a successful tender for the “Demand Turn Up” service, which offers opportunities for large businesses to voluntarily shift their energy usage to increase consumption when called upon in exchange for a payment.

The system operator could also procure flexibility from nuclear power stations, which do not typically provide flexibility services. National Grid could also signal to intermittent renewable plant to decrease output in some periods.

It is expected that there will be sufficient generation and interconnector imports over the summer to meet peak demand. Operational data, provided on 30 March, found that the minimum available generation is anticipated to be 38.0GW on the week commencing 31 July, as many power stations schedule maintenance periods over the summer.
The system operator noted that it will be able to meet normalised demand and its reserve requirement during this week, and through British Summer Time, even in its low interconnector import scenario.

Based on current forward prices it is “unlikely” that any coal-fired power stations will be able to generate a profit, whether providing baseload or running at peak. National Grid is also confident that the diverse range of available gas supplies will be sufficient to meet demand.