Is the Green Deal a Raw Deal? 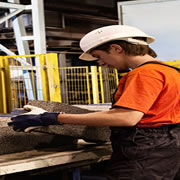 Launched to much aplomb in January as the natural successor to many council-run energy efficiency schemes, the Green Deal was meant to provide easily-accessible funds to people who who wanted to make their homes more energy efficient. However, figures from the initiative’s first six months have revealed the Green deal could be anything but easy to access. Described as the ‘biggest home-improvement programme since the World War II’ by The Department of Energy and Climate Change, the Green Deal was designed to offer up to £3billion to homeowners who wished to add features such as cavity wall and loft insulation to their homes.

However, high interest rates and an up-front cost seem to be putting off potential takers on the Green Deal, with many seeing the upfront cost as outweighing the long-term benefit.

A Green Deal evaluation – undertaken by a contractor approved by the DECC –  is fixed at around £150, and the interest rate of 7% is above what many high-street banks would offer; the logic being that the money saved each month on energy bills post installation will counter-balance the interest.

However, the Daily Mail has reported only two homes across the UK have actually had work completed under the Green Deal in the six months it has been running.

British Gas, one of the government’s approved contractors, says they have assessed some 11,000 homes but only gone ahead with one set of improvements.

Climate Change minister Greg Barker remains optimistic, saying that the Green Deal – like any energy saving product – is a long-term scheme, and needs time to expand.

‘We have four providers now, but 50 waiting to start. I think achieving 10,000 this year is still realistic. This is a 20 year project, it is a new market that is going to take some time to grow. ‘ he said, ‘You can’t say it has been a success or failure over a number of weeks. That is just doom-mongering.’

Barker also said that thousands have undergone an evaluation, only to finance the work themselves after finding the cost to be lower than expect – arguably the same ‘end’ to the Green Deal’s ‘means’.

Labour’s Luciana Berger, energy spokesperson, said: ‘It looks like people are saying “no deal,” put off by the sky-high interest rate, penalty payments and hidden charges.’

Is six months too short a time to make a judgement on the Green Deal? Or will we see it grow as the government expects?