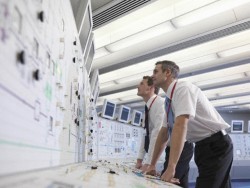 The way in which hydrogen is procured in the energy market could be changed forever thanks to a team of researchers from Virginia Tech, who have achieved a means of extracting the gas from any plant.

Associate professor of biological systems engineering Y.H. Percival Zhang, at Virginia Tech’s College of Agriculture and Life Sciences and the College of Engineering, and his team believe they could have found the key to bringing low-cost, environmentally-friendly fuel to communities anywhere on the planet with their most recent breakthrough.

“Our new process could help end our dependence on fossil fuels,” said  Zhang, “Hydrogen is one of the most important bio-fuels of the future.”

Zhang explained that they have found a way to use xylose to produce proportionately large quantities of hydrogen that were once thought to be attainable only at a theoretical level.

Xylose is the most abundant sugar found in plants, making up as much 30% of any given plant’s cell walls. This not only opens up the possibility of growing plants specifically to be broken down for hydrogen, but also using waste plant matter, such as chaff and even food waste as feedstock.

How Does it Work?

Zhang and his team have spent the last seven years working with enzymes designed to yield hydrogen from plant sugars; using and growing naturally occurring organisms as well as engineering their own.

Eventually, the research team managed to assemble what they describe as a ‘cocktail’ of enzymes, all with desirable properties, that resulted in a reaction that yield more than three times the hydrogen of what a single microorganism could achieve on it’s own.

Is It Practically Viable?

Previous attempts at using biomass to create hydrogen have resulted in an unwieldy process to create an ultimately low-quality product. However, the method developed at Virginia Tech has been developed with enzymes grown in

extreme temperatures – this means the necessary reaction can take place in almost any temperature and, crucially, very low ones.

So, for the first time, low-energy waste heat from other reactions can be used to create new hydrogen – resulting in an energy efficiency of over 100%.

Is It Commercially Viable?

The ‘hydrogen economy’ has felt like a long time coming for anyone who monitors the commercial energy market, but the truth is the market for hydrogen produced from natural gas already stands at over $100 billion.

With the U.S. Department of Energy already throwing it’s weight behind hydrogen as the energy of the future and car manufacturers around the world racing to create hydrogen fuel cell-powered vehicles, it’s only a matter of time before that market grows. But to how much?

“The potential for profit and environmental benefits are why so many automobile, oil, and energy companies are working on hydrogen fuel cell vehicles as the transportation of the future,” Zhang said. “Many people believe we will enter the hydrogen economy soon, with a market capacity of at least $1 trillion in the United States alone.”

We seem to be featuring more and more renewable energy inventions every month, if this trend is set to continue, do you think we are getting close to solving our World energy problems?