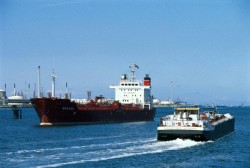 Tidal Energy has made headlines this week for all the wrong reasons as a high-profile project in the United States was scrapped this month, calling into question the prospects of wave power.

Created by Ocean Power Technologies over two years ago, a huge, 260 tonne buoy was destined to supply power to 100 homes in America’s Pacfic Northwest; instead, it remains quietly on dry land – shuttered in a house near a port in Oregon.

An ambitious project no doubt, the buoy was meant to be the first of a series of ten that would eventually power 1,000 homes in arguably one of the most environmentally-friendly commercial energy projects in the world. But despite at least $8.7 million in government funding, it instead is little more than taking up space.

With such heavy investment, extensive research and development and sound theory backing it, many expect tidal farms to be growing as quickly as solar and wind. However, in the wake of this high-profile failure, experts have claimed that wave power is ‘decades behind’ it’s other renewable stablemates.

Wind farms are a common site both on and off-shore, whilst solar installations have recently reached-record breaking size. But at the time of writing , there are no commercial-scale wave power operations in existence.

So why has tidal power gotten so stuck as a source of commercial energy?

Dave Levitan of Yale has recently published an extensive article attempting to explain the drastic slowdown; whilst Solar and Wind have a solid concept to build from, Levitan suggests that there are so many approaches, such as “writhing snake-like attenuators, bobbing buoys, even devices mounted discreetly on the ocean floor that work by exploiting differences in pressure as a wave passes by.”, there hasn’t been that laser-like focus on improvement that has come with photovoltaic cells and turbines.

“We may not have even invented the best device yet,” said Robert Thresher, a research fellow at the National Renewable Energy Laboratory.

But in spite of this inconsistency, there are some signs of growth in the market; primarily in Australia.

Lockheed Martin will attempt to pick up where Ocean Power Technologies left off – albeit on the other side of the world – as they secured a contract in February for a a 62.5-megawatt wave energy installation that would produce enough power for 10,000 homes. Australian company Carnegie Wave plans to commission a “commercial scale” installation near Perth later this year, as well.

As well as the pressure of meeting regulations set out by the EU and the UN, one also feels that that these tidal wave projects have the added burden of shouldering the prospects of wave energy as a whole. Investors will be tough to come by should development fall any further behind the already-cheaper Solar and Wind alternatives.