New Nuclear Plants Could be ‘Obsolete’ 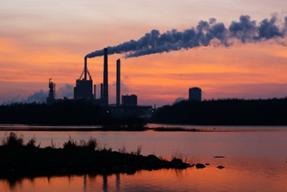 The British-born entrepreneur behind one of the US’s most rapidly-rising solar panel companies has weighed in to the debate over Parliament’s plans to rely on nuclear power for the UK’s commercial energy needs.

Andrew Birch, born in Edinburgh, Scotland, is currently chief executive of Sungevity – one of the fastest growing names in solar panel production.

Based in San Francisco, Sungevity has doubled in sized every year since it’s 2007, employing 300 people and selling 500 solar units worth $10m in the US alone last month.

As someone who has seen the benefits of solar first hand over the last six years, Birch holds concerns that his native country is backing nuclear technologies to power it’s commercial energy needs, which would leave the UK behind the curve in green power.

Speaking to The Daily Telegraph, Mr Birch said “It alarms me to read the UK debate where there is talk about further subsidies to support a new nuclear plant that will generate its first electrons in 2023,”

“Given the proven cost curve in solar, that nuclear plant could be obsolete before it’s even switched on. Politicians must be careful not to lock Britons into 20th century energy prices.” He continued.

Given the rise in the controversy surrounding fracking, the government backing given to so-called ‘new nuclear’ as a way of providing energy to businesses for the short term has generally escaped criticism.

Is this a valid call for the government to re-think it’s energy strategy? Or is it a solar exec trying to drum up more business?