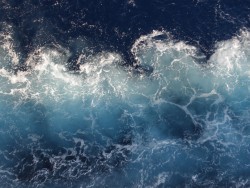 Dutch researchers are hoping to add a new kind of renewable energy to the market by opening a new “Blue Energy” test facility.

Blue energy produces commercial electricity by taking advantage of the difference in salt concentration between fresh water and sea water.

Rik Siebers, of REDstack BV, said the aim was to improve the technology sufficiently enough for blue energy to become a viable energy production option by the 2020s.

The Dutch test plant has a theoretical maximum capacity of 50 megawatts, which is enough to power about 100 Dutch homes. Previous trials of blue energy on a smaller scale have also taken place in Norway in 2009.

The technique behind the energy production in the plant is based on special filters between the two kinds of water.

One filter lets through positively charged sodium ions, while the other allows negatively charged chlorine ions. This process creates a natural battery.

Each square metre of the filters can generate roughly one watt of energy. They are then stacked in their hundreds to multiply the effect.

It is not surprising that this technology is being trialled in the Netherlands, a country which contains a large supply of river deltas involving coast and freshwater interaction.

The test plant is located on the Afsluitdijk, the long dike on the Northern coast of the Netherlands created in the 1930s, damming off the sea and creating a large freshwater lake.

The project has been funded by private investors as well as with government funds and participation from the University of Twente.