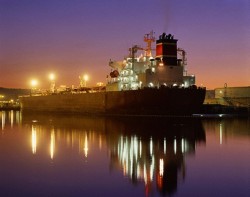 Shale oil is ‘reshaping the commercial energy industry’ according to a statement released by the International Energy Agency on Tuesday.

The North American shale energy industry has created a ‘supply shock’ according to Maria van der Hoeven, IEA executive director, that could have decade-long repercussions.  The agency said that US shale oil will help meet most of the the world’s demands over the next 5 years, even allowing for a drastic upturn in usage should the economy recover.

van der Hoeven described the boost in shale oil stock from the US as a “game changer” for the global commercial energy industry, given the fall in production from some middle eastern countries more commonly associated with the export of crude oil.

“North America has set off a supply shock that is sending ripples throughout the world,” she said. “A mature economy which some 150 years ago had been the cradle of the oil industry, but had since faced what seemed like an irreversible production decline, has all of a sudden found itself at the center of a new oil boom,”

Looking back to November, the IEA predicted the US would become the world’s biggest producer of oil by 2017, however that could be met within the next three years thanks to a the ‘steeper than expected’ growth of shale oil production.

Not only that, but shale oil could allow the US to change from being the world’s biggest importer of oil into an exporter in that time frame.

Additionally, shale energy industry has the potential to create hundreds of thousands of jobs across it’s span, as well as bring in billions in revenue – something that could very well change the landscape of the economic road-map to recovery for North America.

Environmental groups, however, will be concerned over the controversial process used to access the raw oil. Known as ‘fracking’, has been suspected of causing earthquakes and has been proven to cause lasting environmental damage.

Whilst the shale oil industry could secure the short-term oil market for the US, as well as almost single handily allow recovery out of the financial crisis, the franking process behind shale oil could prove to be a somewhat Faustian bargain for North America.