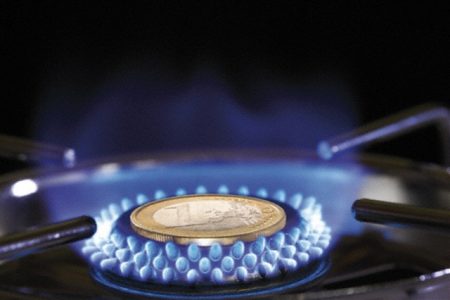 Ofgem’s annual survey of small and micro-business engagement in the energy market has found that just 21% of businesses switched supplier in 2016, down from 25% in 2015.

Despite the drop in switching the research, which was published on 7 April, found two-thirds (66%) of businesses had some degree of engagement with the energy market over the previous 12 months. This could include switching tariff or exploring options, and the regulator asserted that overall engagement had increased since 2014.
Why switch?

The appeal of lower prices was the primary motivation for switching supplier (85%), with Ofgem noting the “financial push and pull factors” at play. Just under three-quarters (73%) said knowing that their contract was drawing to a close was a reason for switching, while price increases from a previous supplier was another strong motivation (52%).

Of those that didn’t switch, over four in 10 (44%) businesses were active in other ways. It was found that more than a quarter (26%) had switched tariff with their existing supplier. Almost one in ten (7%) had tried to switch supplier but been unable to do so. Almost two thirds (64%) of this group reported that their existing supplier had blocked the switch, while over half (53%) said they were tied into an existing contract.

The energy regulator explained higher spend encourages action. Those that switched supplier had an average annual electricity spend of £4,865, against an annual spend of £3,619 for those that had not.

Those that switched supplier or tariff consulted a higher than average number of sources when arranging their existing contract, though had to perceive substantial savings to switch supplier.

Ofgem claimed businesses that had switched tariff, but stayed with the same supplier, spent less on energy and were the most likely to be satisfied with their supplier (87%). These businesses generally did not feel that the prospective savings that could be achieved through a “potentially time consuming switching process” were worth it.

15% of businesses compared options but took no further action. Over half (51%) of these were still tied to an existing contract, with 29% on a two year (or longer) fixed term deal. The main reason for not switching supplier was businesses being “broadly satisfied” with their current supplier. The report claimed it is possible that this group could engage further if they were able to more easily see expected savings from switching or supplier.

Almost a fifth (19%) of small businesses had taken no action in the last year nor had they switched during the previous five, while a similar proportion (16%) took no action in 2016 but had in previous years.

Those that had taken no action in 2016 but had switched previously were likely to be on a long-term contract with their current supplier; 42% were on a two year deal while 29% were on a three year fixed tariff. Ofgem noted this group would potentially engage again in future years. The report claimed the lack of engagement of those that took no action in the last five years could be due to low energy spend, with these customers spending an average of £2,934/year on electricity.

While switching rates had dropped, Ofgem will have been encouraged by the high degree of engagement displayed by small business.