HomeBusiness Energy NewsSmart Meters: A Solution We Can All Agree On?

Smart Meters: A Solution We Can All Agree On? 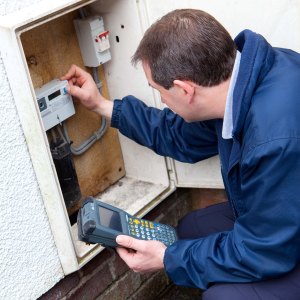 With so much talk about the energy market in the United Kingdom since the start of 2014, it seems that everyone has developed an opinion on how best to tackle businesses with rising commercial energy costs and homes descending into fuel poverty.

The issue is – and will likely always be finding something that works for everyone involved; what works for the government might not tarry well with energy companies, whilst what suits the energy companies could upset consumer groups.  However, one solution that seems to work for parties all across the board is the concept of smart meters.

The traditional electric meter has served the industry well for a number of years, but the pitfall in today’s high-cost economy is one of predicted bills. Basing bills around typical cost until a meter can be manually read is a good idea in theory, but could quickly harm people drastically changing their energy usage based on a change in seasons or a conscious alteration in energy habit.

Capable of displaying the amount of energy currently being used by a home or business, a smart meter allows consumers to monitor their spend on energy and adjust on the fly; if the concern is that a bill will be too high that month, they can make changes before they’re invoiced.

Ed Davey of the Labour Party is a big supporter of the idea of Smart Meters, recently announcing his plans to install them in schools in a bid to cut public money being wasted, as well as a scheme that would see 53 millionsmart meters rolled out into homes by the end of the decade.

And, for once, the Coalition Government agree; Sacha Deshmukh, Lib Dem Chief Executive of the Smart Meter Central Delivery Body said in a recent blog post that they are aiming to “make it easier for everyone to keep a close eye on how much energy they’re using.

Cost isn’t much of an issue, either. Despite such a huge quantity of units being produced, Deshmukh  says that “By 2019 the programme will ‘break even’ and be having a positive impact on consumer bills by making  our energy infrastructure more efficient and helping avoid waste.”

On the supplier side of things is Dr Stefan Hartung, of Bosch’s energy and building technology division; speaking at the launch of the new WAVE technology, Hartung explained that they are counting on smart meters to be in more homes to help install their next push for energy efficiency in more homes and businesses.

The new WAVE system from Bosch will allow users to get feedback from smart meters back to their smartphones, allowing them to make on-the-fly adjustments to different systems in the house such as heating and hot water to help them bring their energy usage under control; right from their phones.

‘The worst thing we do is waste energy; running an old boiler system, running a car which is way beyond emissions standards – doing things that aren’t fun, don’t give you comfort, are not even a luxury but waste huge amounts of energy’.