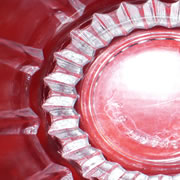 When many think steam power, the vast majority will think it an anachronism; more suited to Victorian trains than modern commercial energy solutions. But the truth is, steam remains as viable a method of turning turbines as anything else, and could still play a big part in the energy marketplace; particularly based on evidence from the latest prototype to emerge from the MIT labs.

MIT – the Massachusetts Institute of Technology – is widely regarded as one of the hotbeds of ideas in technology – particularly engineering – and we’ve covered a variety of their innovations and prototypes in the past.

The latest to be published on the MIT website is a fascinating development, indeed; a new material structure that is capable of soaking up the sun to generate steam.

The concept is born from a simple truth; steam is generated at the surface of a liquid. Hadi Ghasemi, a post doctorate in MIT’s Department of Mechanical Engineering, along with department head Gang Chen and five other MIT team members then sought out a structure that could increase the production of steam from sunlight right at the source.

The result is a layer of graphite flakes and an underlying carbon foam. Floating on water, this disc-shaped application creates a ‘hotspot’ when sunlight hits the structure’s surface, drawing water up through the material’s pores, where it evaporates as steam. “The brighter the light, the more steam is generated” says Ghasemi.

Solar steam power is not a new concept; but it is relatively inefficient. Commercial solar steam facilities take up huge swathes of land with mirrors and lenses that magnify the sun’s rays to heat huge volumes of liquid to create steam. Not only that, the amount of potential energy lost along the way during the magnification process is also significant.

MIT’s new solution instead is much more scalable and able to convert 85 percent of incoming solar energy into steam; a huge improvement.

Some current systems require the mirrors to enhance solar energy to the point where it’s 1,000 times that of an average sunny day; the new ‘graphite flake’ system needs only 10 times the energy of a sunny day to function.

Commercial energy facilities built around this method would need less land, less maintenance and operate at increased efficiency in a greater variety of locations, “This is a huge advantage in cost-reduction,” Ghasemi says. “That’s exciting for us because we’ve come up with a new approach to solar steam generation.”

Tests remain ongoing, and Ghasemi and his team say “There is still a lot of research that can be done” when it comes to finding more effective combinations of materials and scalable solutions for use in larger systems before we see this new generation of solar steam enter the commercial energy economy.