HomeBusiness Energy NewsThe Next Energy Superpower From Down Under

The Next Energy Superpower From Down Under 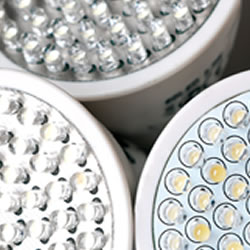 The Australian Coalition Government has unveiled their plans to make their country a new “energy superpower” with a fresh strategy that relies heavily on fossil fuels.  Whilst Australia has hit the headlines for it’s use of renewables – including record solar energy production and a new surge in interest in tidal energy – Ian Macfarlane, the Australian industry minister says their ‘areas of competitive strength’ remain with carbon-intensive sources.

Macfarlane highlighted that Australia’s raw resources for energy abundant, but the pace at which they’re extracted and either processed for use domestically or shipped for use abroad is stopping the country from being a ‘go-to’ exporter of energy.

“Australia has an abundance of energy resources and energy assets,” he said. “We are well regarded internationally for our diverse range of energy sources and we are supplying increasing volumes of energy commodities to energy-hungry nations in the Asian region.

The minister highlighted natural gas and uranium as two areas Australia will be focusing on.

Business groups have been quick to support the roadmap laid out by the energy ‘green paper’. In particular, the Business Council of Australia said that the commercial energy sector in the country should expect to see growth with this new-found emphasis – a sector which employs more than 125,000 people and accounts for 20% of Australia’s total exports.

Environmentalists have been equally has quick to deride the direction being taken by the government, with the Australian Conservation Foundation saying that the plan positions Australia as ‘little more than a quarry’ to energy-buying nations and chastises the focus on “dirty coal” and “dangerous uranium”.

It’s not all nay-saying from backers of green energy, however; the Climate Institute says the increased focus on productivity could lead to more efficient use of energy in the country – something that would work harmoniously with the growing renewables sector.