HomeBusiness Energy NewsUK Businesses ‘Could Save £5bn’ With Rooftop Solar

UK Businesses ‘Could Save £5bn’ With Rooftop Solar 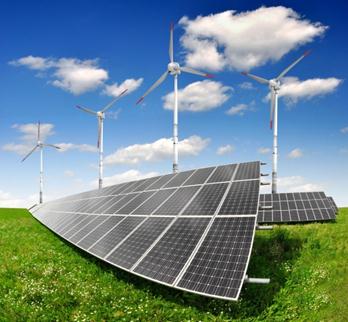 This week a new study has indicated that businesses here in the UK could save a collective £5 billion in commercial energy spend by switching to rooftop solar photovoltaic panels.

Kingspan Energy might just happen to be one of the UK’s longest-running providers of ‘high performance insulation, building fabric, and solar integrated building envelopes’, but regardless of their interest in retailing solar systems, the company firmly believes that commercial rooftop solar is in the best interest of not just UK businesses, but also the UK energy economy.

The study revealed that installing solar PV on 61% of the UK’s 2,500km (square) of south-facing commercial roof space on warehouses and depots would actually meet the UK’s total electricity demand.

Gilbert McCarthy, Kingspan Insulated Panels’ MD said at the launch of the study: “The economic case for solar PV is clear, especially with the removal of the capital cost barrier from the equation. The immediate savings produced by adopting commercial rooftop PV can only increase the competitiveness of UK businesses.

“When you consider the increased savings over time compared with the grid, the opportunity becomes even more compelling,” he said.

Using government figures and performance data, the company behind the study say that British business as a whole used 199,738GWh of electricity last year. Based on the average cost per kWh to UK businesses, this translates to a total bill of around £20.4bn.

According to the study, a medium-to-large sized business on a half-hourly meter could see savings of over £31,000 on energy bills.

The government seems to be on board with the figures, too – at least partially.

Amber Rudd MP, Minister for Energy and Climate Change, said of the study: “Our solar strategy sets out our ambition for the growth of solar on roofs and brownfield sites and, as Kingspan has identified in its own research, the benefits from solar to business are huge.

“Its rooftop array shows how companies can benefit, by cutting costs and reducing emissions.”

Looking to review the viability of a solar PV system for your company. Why not ask us to review the amount of energy that you could generate on site.  Contact us for a free initial consultation in regards to commercial solar PV.