HomeBusiness Energy NewsUK could save £8bn a year through smart energy

UK could save £8bn a year through smart energy 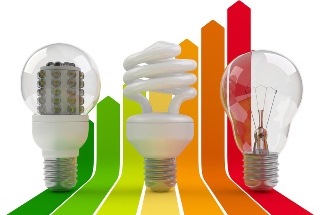 Utilising technologies like battery storage and demand response could save consumers £8bn a year, according to the government’s new National Infrastructure Commission (NIC).

The NIC is the government’s new advisory body on infrastucture. Its Smart Power report, released on 4 March, examined how the UK’s commercial electricity network could be made more flexible in facing future system challenges.

The study highlighted the potential for the UK to develop further electricity interconnection with other countries. The UK already has 4GW of interconnection to Ireland, France and the Netherlands, and the report said that these links were helping to reduce consumers’ bills. It noted that there was the scope for further links with Iceland and Norway.

The NIC therefore recommended that the government “redouble” its efforts to support new interconnectors.

The report further backed the deployment of grid-scale battery storage. This technology can store surplus electricity generated by renewables and release it for use when there is a need, thereby helping to overcome the problems caused by the intermittency of technologies such as wind and solar.

The NIC believed storage could become effective without subsidies, but was concerned that there were regulatory barriers to realising its benefits.

The report also called on the government to establish a “level playing field” between flexible demand and traditional power generation. Some businesses already participate in the former; for example, turning down air-conditioning or refrigeration when demand is high.

Taken together, the benefits of creating a smarter more flexible system are high, as it would help to avoid investment in expensive new power generation projects. Analysis carried out for the NIC found that the implementation of the report’s findings could deliver benefits between £2.9bn/ year-£8.1bn/ year in 2030.

The report demonstrates how central, to the government’s policy planning, new technologies are becoming.