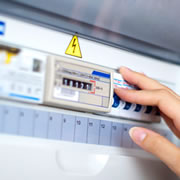 Ofgem, the UK’s industry regulator, expressed a warning that people could experience blackouts by 2015. At this time, there’s no chance for it. But, by 2015, it’s a one in 12 chance.  The reason for the increase in possible blackouts is the decrease in operational power stations and the country’s spare generation capacity, which is presently at only 14 percent.

As additional power stations are taken offline for good, due to their production of copious amounts of pollution, the capacity will drop to just four percent.  It’s believed industrial customers will be the first ones to succumb to the blackouts.  According to the Institute of Directors Senior Economic Advisor Corin Taylor, the possibility is discerning and it’s important to the economy that factories have power to continue their business as normal.

Ministers, looking to deal with the blackout possibility, are looking to reform the industry with a new Energy Bill. The bill was developed with the intention of bringing in some new power plant investments of around £110 billion. This could increase the spare generation capacity. However, there has been some widespread criticism from folks in the energy industry.

According to Volker Beckers, RWE npower Chief Executiev, the proposals resulted in significant uncertainty for possible investors while changes were made.  He said the government must take steps to ensure changes are rapidly and effectively implemented.

For more information about Catalyst’s energy savings please visit or to speak with an adviser for advice on business electricity or gas call 0870 710 7560. Or you might want to subscribe for further information on electricity blackouts from our site here.