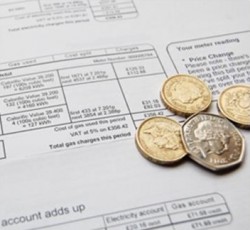 Chancellor George Osborne used the Budget on 16 March to announce major reforms to the energy tax landscape for businesses.

The changes are intended to ease the administrative burden that businesses face from the current system, which includes a number of taxes and schemes – often with overlapping requirements.

Osborne confirmed that the existing Carbon Reduction Commitment (CRC) scheme was to be abolished. The CRC is a compulsory reporting and pricing scheme for large organisations, requiring them to measure and report their greenhouse gas emissions to the government and to buy allowances for each ton of carbon they emit. Businesses have, for several years, suggested that the scheme is unnecessarily complex and has onerous reporting requirements.

The government initially set out its plans to scrap the CRC last year, and has now decided that it will close at the end of the 2018-19 compliance period.

To make up for the loss in revenue from this decision, the government will increase the rates paid on the Climate Change Levy (CCL) from April 2019. The CCL is a tax on electricity and gas consumed by non-domestic users.

Energy-intensive industries will be protected from this increase, with the current eligibility criteria for Climate Change Agreements (CCAs) retained through to 2023. CCAs are voluntary commitments that organisations make to reduce their emissions in return for paying reduced CCL rates.

In addition, CCL rates are to be rebalanced to encourage companies to move away from using gas. Currently, the CCL taxes electricity almost three times as much as gas; from 2019 this will drop to 2.5 times, and will be equal by 2025.

In order to compensate for the loss of the CRC’s carbon reporting system, the government will consult on a new reporting framework this summer, which will be implemented by April 2019.

Mike Cherry, policy director at the Federation of Small Businesses, said: “In a Budget constrained by both the need to reduce the deficit and the economic outlook, the chancellor has listened to our calls for the tax system to be made simpler for small businesses.”

The chancellor also unveiled new measures to support low-carbon power generation in the UK. It was confirmed that £730mn would be allocated by 2020 to renewables subsidy auctions as part of the new contracts for difference scheme. This funding will aim to support the development of less-established renewables technologies, and particularly offshore wind. The UK is expected to have deployed around 10GW of offshore wind by the end of the decade, and the government believes that the new funding could help double this figure during the 2020s.

Meanwhile, new technologies, such as energy storage and demand-side response, are to receive a funding boost of £50mn over the next five years. An additional £30mn will also be set aside for the start of a competition to identify the best small modular nuclear reactor for the UK in an effort to make the country a world-leader in the new technology.

Further tax cuts were also confirmed for the North Sea industry. The sector has been struggling to cope with plummeting oil prices, which have already led to hundreds of job losses in the sector. The chancellor announced the abolition of the Petroleum Revenue Tax – which is paid on older fields – from the start of 2017. The Supplementary Charge on ring-fenced profits (applied over and above corporation tax) will be reduced from 20% to 10%, and the government confirmed that companies would still be able to claim tax relief on decommissioning a rig after it had been sold.

Business groups have welcomed the move towards a simplified energy tax framework, and are continuing to press for further moves to cut red tape in the energy sector.