Demand Side Response or DSR is the National Grids scheme where customers are financially incentivised to reduce or shift their electricity use during peak times.

National Grid, in its role as the system operator must maintain the security of the electricity network by balancing supply and demand on a second by second basis. Although National Grid has a multitude of different ways to achieve this, one such way they can achieve this is through ancillary services from users already on the network.

Together, we provide a wide range of technical services for demand side response management, and we work closely with our customers to define strategy that provides the most benefit or value. 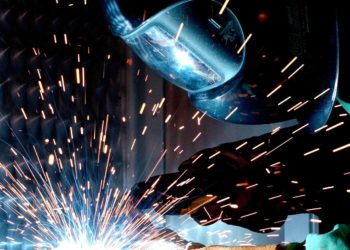 Get Paid to Reduce Demand

Our customers are paid by National Grid for each kilowatt of demand that can be temporarily turned down, during peak demand times.

Our solution is fully funded so we take care of the onsite monitoring equipment needed in order to access these types of schemes.

With DSR services you will be asked to reduce demand or start-up standby generation at times of peak demand on the network.  These reductions also avoid high non-commodity cost periods.

Having no single association to any one provider we are able to provide consulting advice to companies looking to understand the most suitable scheme for their business needs.  We cut through the myriad of different solutions to identify opportunities for demand shifting potential. The range of revenue streams that are potentially available makes it possible to put together a diverse range of potential business models for demand side response and with the advent of battery storage various combinations of these types of schemes will become more practical.

In order to facilitate DSR schemes it is necessary to have a powerful monitoring and control system on site, which can be integrated to high energy consuming equipment which can be managed remotely under such schemes.  Often we are able to provide this solution at no cost to our customers; however the level of data available can also be an instrumental insight into how energy is consumed on site.  Bolstering or even replacing any previous energy monitoring and control equipment.

Non-Commodity Reporting ToolsNon-Commodity accounts for 60% of an energy contract, and all flexible customer benefit from our be-spoke non-commodity analysis.

Regardless of any changes to how DUoS or Triad charges are accounted for, winter peak demand periods will remain as the most costly period for energy intensive users.

But at the present moment Distribution Use of System (DUoS) charges are levied by the UK’s regional Distribution Network Operator (DNO) and has a significant impact on electricity costs.

These costs go towards the operation, maintenance and development of the UK’s electricity distribution networks. During the weekdays certain times of the day are considered peak times (Red Band).

The cost for DUoS is set by the DNO so the only way to reduce the impact of the DUoS charge is to be smarter with how and when energy is used.

Triad refers to the four-month winter period, during which National Grid looks back to find the three half-hour periods when electricity demand was highest in the UK.

These are known as the ‘Triad’ demand periods.  Triad Management is a way for companies to predict when these windows will be and reduce their electricity demand during these periods in order to avoid significant fees.

National Grid uses these Triad events to incentivise large energy users to shed or shift load during the peak periods of demand.

The ability to practice Demand Side Response and avoid high price periods can be facilitated through these solutions and consumption can either be boosted to take advantage of off peak charges or reduced during these high cost periods.

How Does Demand Side Response Work?

Our customers are paid by National Grid for each kilowatt of demand that can be temporarily turned down, during peak demand times.

It is more economical for National Grid to pay businesses to reduce demand than to pay for peaking power stations to be on standby during these time periods.

National Grid has recently responded that demand response could play a larger role in balancing the grid than traditional large generators over the coming years as they expect to invest up to £400m p.a by 2020 on Demand Side Response (DSR) schemes.

Customers with their own generation plant or with access to private generation can also benefit from demand side management.

By taking grid prices when the market is low and when they are high, so site generation can be switched on or even diverted back into the national grid. A range of services are now available from National Grid to encourage turn down and reward additional capacity when required.

The ability for customers to be more flexible with consumption has never been greater with the lowered cost of technology companies have more access to onsite generation solutions along side battery storage. For example most energy intensive business have a backup generator or some form of on-site generation or even a battery installed to help them shift the load.

Giving consumers the ability to purchase their power at its cheapest in the intra-day and day-ahead markets, whilst trading their flexible demand and excess generation.

With advanced flexibility customers can access the day ahead energy markets with confidence.

Those with the desire can take advantage of the within day market and access market low buying opportunities.

Generation assets can be used to further enhance the ability to buy or sell into the near term energy markets.

Those that have spare capacity can sell back at a time that generates the highest amount of revenue.

Would you like to speak to one of our flexible energy contracts advisers over the phone? Just submit your details and we’ll be in touch shortly. You can also email us if you would prefer.

What is Demand Side Response?

Demand Side Response is designed to help the National Grid balance the energy system and can provide a range of benefits to customers such as the avoidance of non-commodity peak demand costs and also add an additional revenue stream for avoiding peak periods.

how does demand side response work?

Demand side response works to help maintain the national electricity balance of supply and demand during fluctuations in the electricity system or during high demand periods. By participating in these schemes business energy users can avoid high peak demand costs and obtain a revenue from National Grid for help balance the network system.