The initial phase of the Carbon Reduction Commitment 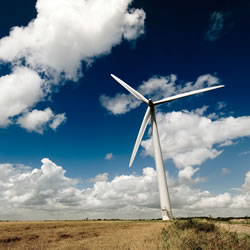 The initial phase of the Carbon Reduction Commitment will be compulsory for organisations that consume over 6,000 MWh (6,000,000 kWh) of half-hourly metered electricity during the period from January 2008 to December 2008. At today’s prices, this is roughly equivalent to total half hourly electricity bills of approximately £500,000 per year.  The aim of the Carbon Reduction Commitment is to reduce the level of carbon emissions currently produced by the larger ‘low energy-intensive’ organisations by approximately 1.2 million tonnes of CO2 per year by 2020.  As a Climate Change Bill commitment, the scheme is aiming for a 80% reduction in CO2 emissions by 2050.  The Carbon Reduction Commitment will cover both public and private sector organisations. At present, the carbon reduction scheme is expected to affect approximately 5,000 organisations in the UK.  In doing so, it is anticipated that the scheme will affect 25% of total business sector emissions within the UK.  The scheme will work in tandem with the existing European Union Emissions Trading Scheme and Climate Change Agreements. As a result, where emissions have been captured by the EU ETS and CCA, these emissions will not be captured by the CRC. In essence, the CRC is targeted at low energy-intensive users.  The Climate Change Bill also sets the enabling powers for the Carbon Reduction Commitment and sets out the role of the Climate Change Committee that will oversee much of the CRC scheme.  While the scheme doesn’t officially start until April 2010, many organisations will need to make preparations before that date to ensure that they comply with all legal requirements and fully participate in the scheme.  In June to July 2009 the Environment Agency will write to all UK billing addresses with half hourly meters. The Environment Agency is the Scheme Administrator for the whole of the UK.  If you receive a letter you will need to take action under the CRC. It is important that the letter reaches the right person in your organisation. The letters will be sent to billing addresses, not head offices. Therefore you should ask on-site staff to pass on this information as necessary. The letter will provide details of your half-hourly meters, and explain what you need to do next.  You will need to provide evidence to the Scheme Administrator of your electricity consumption from 1 January 2008 to 31 December 2008. If you do not have records of your electricity consumption, your electricity supplier will be able to help you get this information.

As an incentive to install AMR meters, and in recognition for good energy management undertaken prior to the start of the CRC scheme, there is a mechanism called the Early Action Metric which rewards participants who install voluntary half hourly electricity AMR and gas AMR by 31st March 2010.  In addition to this, another Early Action Metric is to obtain the Carbon Trust Standard certification which will also rewards participants who obtain this standard by 31st March 2011.  If your half hourly metered electricity use was below 6,000MWh in 2008 you will have to make an ‘information disclosure’ of your electricity consumption to the CRC registry.  Information Disclosure – Organisations that have a settled half hourly meter but do not meet the qualification threshold above for participation in CRC will have to disclose information on the half hourly meters they have and their electricity consumption to the administrator via the CRC registry.  This is only on half hourly sites with consumption greater than 3,000 MWh during 2008.  The next wave of qualifying period and criteria for CRC is if an organisation consumes 6,000 MWh or more of electricity from half hourly metered electricity supplies during the next qualifying year (2012).

The Carbon Trust Standard certifies that an organisation has genuinely reduced their carbon footprint and is committed to making further reductions year on year. To achieve certification against the Standard, your organisation will need to meet the requirements in three areas:

Under the European emissions trading scheme (EU ETS), energy intensive industries – that are responsible for half the region’s emissions – are given an allowance for the amount of carbon dioxide they produce. A certain number of these “carbon credits” are given to each of the 12,000 companies in the scheme and then traded in a “cap and trade” scheme that ensures companies that want to pollute more have to pay and industries that cut emissions are rewarded. However so far the “cap and trade” system has been criticised as companies that pollute tend to pass on the cost to the consumer, while other companies are making huge profits from selling excess carbon credits. In order to claw back some of the money and to better control the price of carbon so that industry is forced to cut emissions, the UK Government has put seven per cent, or four million of these allowances in an open auction.  The hour-long auction sold the allowances to traders and companies at £13.60 each for £54 million. More auctions will be held in the future all across Europe and by 2013 all the allowances will be sold in order to raise hundreds of millions of pounds and control the amount of carbon being produced by industry. Mike O’Brien, the energy minister, said the UK was leading the way in creating a carbon market that will force industry to cut emissions. “This auction highlights the importance of using the market to drive down emissions and create incentives for the development of low carbon technology,” he said. However the Government was criticised for failing to insist that the money raised from polluting companies goes back towards tacking climate change.  Steve Webb, the Liberal Democrat energy spokesman, said it was a missed opportunity. “The Government has slipped up badly over the auctioning of carbon permits. “By failing to auction the maximum number of permits, taxpayers have lost out on tens of millions of pounds that could have been spent on energy efficiency projects. Worse still, the 90 per cent of permits that were simply given away have resulted in a massive £9 billion windfall to the power generators. The Government should ensure that energy companies spend this windfall on better energy efficiency, real protection for the most vulnerable customers and the rapid development of carbon capture technology that is crucial in the fight against climate change.”

Please contact us to discuss your own carbon reduction requirements further.