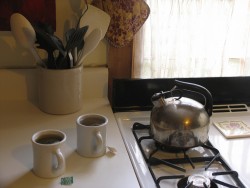 A new style of boiler which contains the capability to produce energy as well as heated water is set to be handed out by it’s British developer for ‘free’ in the hopes of kick-starting a new era of self-supplying homes and businesses – and built upon a surprising business model.

Dubbed a ‘Game-changer’ already by some outlets, a new style of boiler by British start up Flow Energy is set to hit the market this November with a goal of changing the way British homes contribute to the energy economy.

As solar panels become a more frequent sight up and down the country, it seems more and more people are coming around to the idea of having the home cover the cost of it’s own energy. But Flow’s new style of boiler aims to open up this idea to homeowners who can’t accommodate a worthwhile solar panel.

Looking for all intents and purposes like any other boiler, Flow’s innovation contains one key difference; it houses a generator.

Traditional boilers use gas to heat water which is then pumped around pipes and radiators to heat your home. The Flow boiler instead uses a more dense coolant, which is evaporated by the heat from the gas source to spin a scroll expander – creating a mini generator within the housing.

The resulting electricity is fed back into the home and the national grid to power appliances, whilst the coolant is turned back into a hot liquid, which heats water to heat the home.

Flow admit that this extra stage does indeed cost a little more from the offset; generous estimates say around £50 more a year over a traditional boiler. However Flow say this will be offset by producing up to £500 in energy.

Not housing a battery of any sort, the Flow boiler is only capable of creating electricity when the boiler itself is on. However, by cutting out the ‘middle-man’ of the grid, Flow say their device will be hugely efficient compared to traditional commercial energy distribution.

‘We estimate that if 500,000 boilers are replaced with Flow boilers, they would generate as much energy as a power station, says Flow chief executive Tony Stiff.

‘Getting your electricity from the boiler is also much more efficient than getting it from the grid as well, so it’s more eco-friendly.’

Interest is expected to be high when the boiler goes ‘on sale’ next month, however Flow will be providing the units at no up front cost. The first ‘run’ will see 20,000 boilers distributed either paid up front or a unique finance plan –  the option which Flow is confident consumers will choose.

The boiler will be supplied at no up-front cost, however customers will be tied in to a five-year deal to buy their regular gas and energy from Flow, and sign over their ‘feed-in tariff’ – a government hand-out given to those who produce energy and feed it back into the grid – to Flow.

This might seem like Flow are essentially creating a two-level commercial energy pyramid scheme, but another part of the agreement is that they will reduce energy bills by exactly the same amount as the monthly payments, so customers will not notice the payments at all – e.g. If payments for the finance agreement are £50, Flow will reduce the energy bill by £50 as well.