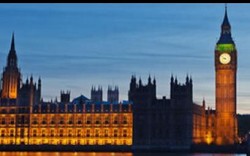 Under current EU legislation, businesses must demonstrate that they have made a compliant Energy Savings Opportunity Scheme (ESOS) assessment on or before 5th December 2015 to avoid being subject to a maximum penalty of £185,000.

The Environment Agency (EA), which administers ESOS on the Government’s behalf, estimates that from the 14,000 enterprises that fall under the legislation, more than 35% have failed to notify the EA of their compliance by the closing date.

Although the number of businesses effected by the legislation is usually believed to be around 14,000, ESOS experts suggest that the number that qualify may be far higher due to a startling lack of awareness about the requirement of businesses to comply.

EA began raising awareness of ESOS over two years ago, and in the weeks leading up to the closing date it sent letters to organisations reminding them of the upcoming deadline and the implications, sanctions and penalties of failure to comply.

Despite this action, only around 850 surveys have actually been submitted to the EA.

Our research has indicated that there are still a significant number of companies who are not aware, or who do not think, the legislation applies to them.

Companies who employ over 250 staff, including part-time and zero-hour contract workers, also needed to submit a compliance report, regardless of their turnover.

To comply with the EU legislation, companies must complete ESOS assessments every four years, beginning this year. Although “Intent to Comply” notifications needed to be sent by 5th December, the assessment process itself can take up to three months.

Many businesses have yet to appoint an ESOS Lead Assessor to even begin the process.

With only approximately 850 Lead Assessors registered, of which we understand about half are in-house, there is limited spare capacity to support those who have not yet started the process.

Fortunately for businesses who have missed the December 5th deadline, the EA has indicated that it has some discretion under the regulations and that so long as companies confirm a Lead Assessor before the end of January they can still qualify and avoid any civil penalties.

This extended deadline is also later for those that have chosen the ISO50001 route.

However, with all the focus on forcing businesses to comply with the legislation, it is easy to forget that the scheme is about reducing energy costs.

ESOS is at its heart an opportunity for British businesses to save themselves money. The Government has estimated that the Net Present Value of the benefits will be in the region of £1.6bn, far outweighing the initial cost of becoming ESOS compliant.

Due to the passing of the deadline, Catalyst is strongly urging qualifying companies to appoint a Lead Assessor immediately if they have yet to do so.