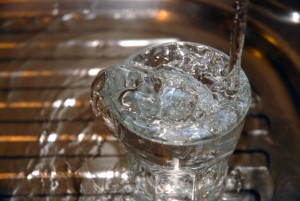 A short and surprise announcement from the government will have far-reaching implications for the water sector over the next 5-10 years.

According to the Treasury, “Building on opening up the non-household retail market to competition, the government wants to extend choice to households. Ofwat will provide an assessment by summer 2016 of the costs and benefits of extending retail competition to household water customers. Following this, the government will work with water companies to begin the transition to retail competition before the end of this Parliament.”

The benefits of a more refined monopoly regulation will also have to be weighed up.

However, the move marks a more positive stance from the government when it comes to household retail competition.

Despite the time frame given by the announcement however, things will inevitably take a lot longer to be implemented, much like the opening on the market by 2020.

For example, the government would have to decide on any further legislation to facilitate the market or to protect consumers, and then also make time for these in the parliamentary schedule. An industry-wide programme to develop and implement rules, systems and processes would have to be created and Ofwat would have to include the necessary arragements in the PR19 price control methodology in 2017.

A more realistic time frame for the opening on the household market would therefore probably be the early 2020s.

A time frame like that would allow for lessons to be learned from the introduction of non-household retail competition, including any work needed to iron out early bumps in the road.

However, the complexity of the household market is significantly greater than that of the non-household market. It is ten times larger for a start, and it is unlikely that the systems used for the latter will be fully scalable. They will mostly be concerned with non-metered premises and estimation in financial settlement.

In ten years time it is probable that we will see an industry with significant competition at both ends of the value chain.

For investors, the changes will also be huge. Non-household retail competition would have a very small impact on shareholder value, but household competition could put up to 10 percent of shareholder company value at risk. In contrast however, the separation between wholesale and retail activities would become much cleaner. This will spark many companies into changing their business, with many moving exclusively to wholesale, and others combining to form large national players.

The separation of household and non-household will also become less beneficial with the introduction of competition. Businesses will therefore have to become more flexible in order to stay relevant. Things like customer management, billing systems and metering contracts will also have to be agile and adaptable enough for the new market.

New entrants into the market are also likely to come from outside of the sector, unlike with non-household. Last time household retail competition was mooted major energy retailers such as British Gas considered buying a water company. This will present Ofwat with significant licensing challenges.

Water companies should expect large interest from the energy sector again with the coming changes, fortunately tempered somewhat by a healthy scepticism about timing and politics.