HomeBusiness Energy NewsHydrogen – The Commercial Energy of the Future?

Hydrogen – The Commercial Energy of the Future? 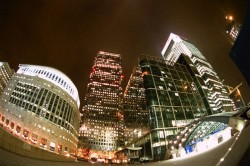 Whilst the long-touted ‘hydrogen economy’ seems to have been touted for as long as it has been in development, problems with handling and transport of the fuel have proven problematic.  Recently, an international team of researchers has published a new method for low-temperature generation of the fuel from methanol, that can be used to produce electricity. Detailed in the journal ‘Nature’, the method would allow the methanol-produced hydrogen to be captured in a fuel cell – like a regular battery.

Published by Matthias Beller,of the University of Rostock, the latest method utilises a ruthenium-based catalyst. This allows production of hydrogen from methanol at temperatures between 65-95C at ambient temperatures; a drastic comparison to current methods which require temperatures of above 200C and exceptionally high pressures.

Hydrogen has long been promised as the natural successor to petrol and oil-based products in the commercial energy market, as it’s only byproduct is water. Using methanol – which is liquid at room temperature – as a means of transporting and storing hydrogen until it’s ready for use. However, Beller’s teams published method would make it as easy to transport and use as petrol.

Prof John Loughhead, executive director of the UK Energy Research Centre, said the study was “a very interesting step, and could lead us to much easier and better performance systems for… storage and transport”.

Caution was suggested as he continued, “It would need further development before we can say with certainty”.

Prof Loughhead explained: “As methanol contains 12.6% hydrogen by weight, and is a liquid transportable like petrol, this promises to considerably out-perform other storage systems which typically contain 4% by weight of hydrogen.”

He added: “There are issues to resolve to get this into practical service, such as how long does the reaction take, can it respond to changing need, what control and containment systems will be needed, will buffer stores of pure hydrogen be needed, and thus how large, weighty, and expensive would a practical system be?”

Methanol has been considered before as a potential alternative for commercial energy as it is relatively inexpensive to produce sustainably and is a less expensive way to reduce the carbon footprint than other fuels such as ethanol.

What do you think of the idea of energy from Hydrogen

Have you any thoughts on this new potential form of energy? Do you think more research should be conducted to explore new forms of energy?