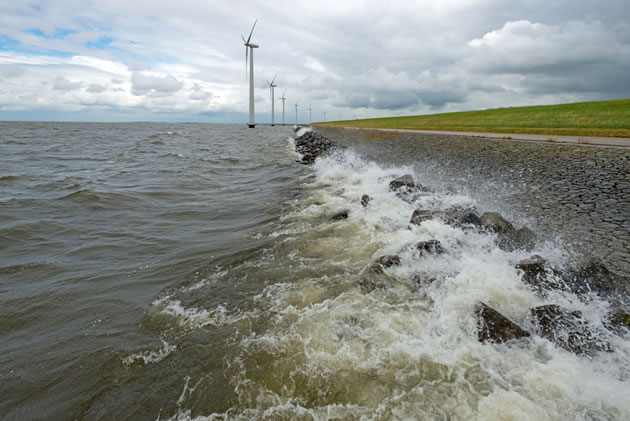 Speaking as part of a panel at an event hosted by the World Policy Institute Jochen Flasbarth, the President of the Federal Environment Agency of Germany, spoke of the unified passion towards green forms of energy from all corners; the commercial energy sector, government officials and – most importantly – the German people.

Flasbarth noted that much of that passion stemmed from a nationwide antipathy towards nuclear power and being well-versed on the evidence for and danger of climate change – as well as a focus from universities and non-profit organisations on developing and spreading awareness of a carbon-free energy economy.

Whilst sounding like something many of us would not experience in our lifetimes, the German FEA is confident we’ll see a 100% renewable system in place with their infrastructure within the next three decades, saying “The results of the study demonstrate that electricity supply can be generated completely from renewable energies by 2050 and that secure supply can be guaranteed at all times.”

As well as a unique system allowing Germany to ‘import’ solar power from facilities on the ever-sunny Greek coast, Germany has also developed a pricing system that allows solar power to make an indisputable impact in wholesale energy prices; this summer wholesale power was 40% cheaper during peak times. The reason? Germany’s huge uptake of photovoltaic cells means what was once the most expensive time for power – the summer – to become among the cheapest.

What of the disgruntled workers of the soon-to-be-obsolete carbon energy workforce? President Flasbarth was quick to point at the 400,000 jobs supported by their burgeoning renewables industry – a figure that is only set to rise with positions in the commercial energy sector being created as they move towards that benchmark in 2050.

Could the UK ever reach this 100% renewable goal, or are we so far behind that we will never catch up with our European neighbors now.  Join the conversation and share your opinion on Twitter.