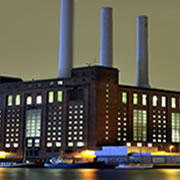 Following on from our feature two weeks ago on the Uprise Portable Wind Turbine, another challenger in the portable power stakes has appeared.   Boasting a completely unique-looking gadget, Highest Wind energy say that their Highest Wind Energy Glider™ is able to be used in 35% more locations than any other form of wind turbine, making it the best possible form of portable commercial energy.

Rather than a traditional ‘windmill’, the Highest Wind Energy Glider™ takes to the skies on as a self-contained system that look like part-helicopter, part-jellybean.  Working like the rowing machine you’re used to seeing at the gym, the Energy Glider is pulled from the ground by winds as slow as 12mph, pulling it’s tether with as much as a tonne of force.

This spins a dynamo based on the ground section of the unit, powering a generator – creating cheap, eco-friendly power in more places than a wind farm might.

Highest Wind say that traditional wind turbines require average annual winds of 20 mph to be cost effective. With that amount of wind, the return on investment is on the order of ten years. Only about 15% of the inhabited world has average winds of 20 mph or more at ground level. But, by going 1,00ft up in the air, the energy glider is a small-footprint system usable in far more areas.

However, Highest Wind may be restricted as to the applications of commercial energy their Glider can provide by aviation regulations. The unit requires ‘Class-G’ airspace to use, which in some areas can be as low as 700ft – as well as needing to be placed in 300 acres of land so as not to interfere with a neighbor’s property.

It’s fair to say the Energy Glider isn’t without restrictions of it’s own.  Whilst the dream of having four or five of these UFO type inventions working to provide business electricity to city centers and industrial districts may be unlikely, the innovators at Highest Wind still remain confident that there are many situations their product would be more suitable than a traditional wind farm.

Out on a farm, or in off-the-grid communities – for example – there would be adequate airspace and land for an installation to provide vital power, that could prove revolutionary to small settlements or impoverished areas.

The Energy Glider also has government applications, too – Highest Wind suggest Gliders could be installed temporarily in disaster-struck areas, or provide greater mobility for military camps.

Whilst there can be little argument about the outside-the-box thinking behind the Energy Glider, we’re still yet to be convinced of it’s application for commercial electricity – but can definitely see it being a vital temporary solution for power-less areas.