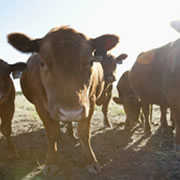 EDF energy announced today that profits have risen 4.6% in the first half of 2012, thanks to new renewable energy projects.  The power giant reported that the first 6 months of the year had seen them lower nuclear output, and offset that with growth in sources renewable energy used for private and commercial energy.  State-controlled EDF also boasted an 8.2% jump in sales to €36.2 billion (£28.3 billion), and the net income for the period was €2.8bn (£2.2bn).

One of our commercial energy partners, the firm opened trading this morning to a 1.4% share rise in Paris on the back of the report – a boon for the firm given it’s low expectations following more planned outages at nuclear plants – and also unexpected extensions of those outages – this year than last.

As well as a promise that nuclear outages would be a thing of the past by August, Chief financial officer, Thomas Piquemal was keen to point out that hydropower and other renewables had made up for the fall in nuclear.

Despite these positive signs, chief executive Henri Proglio warned investors that the second half of 2012 would be ‘complicated’, as they renegotiate staff contracts at recently-acquired Italian commercial energy supplier Edison.

But, as well as erring on the side of caution, energy company reiterated that it expects its net income (excluding non-recurring items) to grow by 5% to 10% through the remainder of this year.