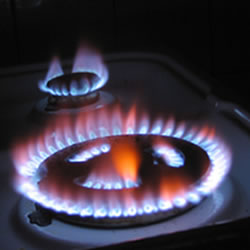 Millions of families are facing another jump in household energy bills after it was reported today by the BBC that UK’s largest energy supplier British Gas  plans to increase gas and electricity tariffs.

Updated Friday 12th October – British gas has today confirmed that it has raised its charges for both gas and electricity by 6% adding an extra £80 a year to the average duel fuel bill.  Britain’s largest  energy supplier said that the price increases would come into effect on the 16th November.

With two of the big six  suppliers, SSE and British Gas now putting up prices, we beleive its only a matter of time before the other suppliers follow.  The only one that wont follow this year is E.ON as they have promised not to increase prices in 2012.

So that leaves three suppliers – EDF, Npower and Scottish Power, that may also be forced to pass rising wholesale costs on to its customers.  Its not a case of if they do, its when they do now.

Energy comparison sites are advising customers to look for the best fixed price deal that will protect users against any additional rising costs.

With the distribution network in need of ongoing upgrades, these costs will always filter through to domestic and business users.

British Gas, which supplies about 12 million homes in the UK is set to be preparing to announce increases to its electricity and gas charges on Friday.  The current average British Gas annual dual fuel bill for electricity and gas currently stands at £1,260 per annum.  So a small a 8% increase would add an extra £100 to families already struggling with rising food costs.

This recent report comes as rival SSE prepares to increase tariffs by 9% on average on Monday, hitting about five million electricity customers and 3.4 million gas customers.

How will the British Gas price hikes effect you?

We want you opinion now, are rising energy prices going to impact your life?

For more information about Catalyst’s energy savings please visit or to speak with an advisor for advice on business electricity or gas call 0870 710 7560.  Or you might want to subscribe for further information on rising energy prices from British Gas  from our site here.