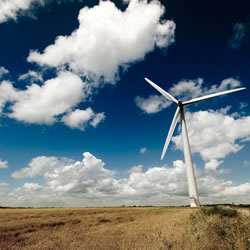 A British company has this week unveiled a revolutionary new form of technology that can create petrol from air around us.  Based in the North of England, Air Fuel Synthesis describe themselves as a small company, but those around them are already heralding their invention as a potential thunderbolt to the commercial energy market.

The technology produced by Air Fuel Synthesis was only unveiled to a London engineering conference this week, but already has the backing of Britain’s Institution of Mechanical Engineers (IMechE) – who described the technology as being “too good to be true, but it is true”, adding it could be a “game-changer” in providing cheep, green public and business energy.

How Does Petrol From Air Work?

Air Fuel Synthesis’ system removes Carbon Dioxide from the atmosphere, before mixing it with sodium hydroxide. After that, the sodium carbonate is electrolysed to produce pure carbon dioxide.

Water vapor is also captured with a dehumidifier to produce hydrogen, which is then used in with the pure cabin dioxide to produce methanol – which, finally, is passed through a gasoline fuel reactor, creating petrol.

Air Fuel Synthesis say they have already produced 5 litres of petrol at a small refinery in Stockton-on-Tees, and the end product is usable in any petrol engine.

Given that the process requires electricity to power, if the power were to be generated by a green energy source (like a wind farm, solar power or wave farm) the process would be truly be carbon neutral – as well as drawing CO2 from the atmosphere to create the petrol.

Allegedly costing only £1.1m since it’s two year inception, the project is being funded by a group of unnamed philanthropists who believe this could be the lucrative future of fuel.

“It has the potential to become a great British success story, which opens up a crucial opportunity to reduce carbon emissions,” he said.

“It also has the potential to reduce our exposure to an increasingly volatile global energy market The potential to provide a variety of sustainable fuels for today’s vehicles and infrastructure is especially exciting.”

Dr Tim Fox, head of energy and environment at IMechE, added: “Air capture technology ultimately has the potential to become a game-changer in our quest to avoid dangerous climate change.”

Peter Harrison, 58 year-old chief executive of Air Fuel Synthesis, told national newspapers that he was “excited” about the technology’s potential, which “uses renewable energy in a slightly different way”.

“People do find it unusual when I tell them what we are working on and realise what it means,” said Mr Harrison, a civil engineer from Darlington, County Durham.

“It looks and smells like petrol but it is much cleaner and we don’t have any nasty bits.”

Whilst the IMechE has been nothing but supportive, the world’s major oil companies have remained surprisingly quiet.