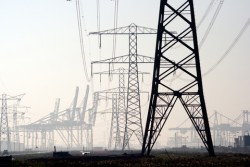 Nine of the biggest commercial energy companies in Europe have banded together in an attempt to have the EU reconsider it’s energy policies, which they say are potting the whole continent’s power supplies at risk.

The crux of the energy companies’ argument is essentially that Europe’s energy security is no longer something to take for granted; they point out that carbon emissions are on the rise alongside prices and investment is falling – partially due to failed EU policy.

Mr Mestrallet lays much of the blame at the yo-yoing of renewable energy subsidies. The EU, according to Mestrallet, has been too generous with subsidies for green power and pushed up power costs for commercial energy bodies.

One course of action would be to cut the renewable subsidies to control growth of the green energy sector, something Mestrallet endorses, saying to the Financial Times; “We have to reduce the speed at which Europe is building new wind farms and solar panels. At the moment, it is not sustainable.”.

As well as their own companies, Mr Mestrallet and Mr Scaroni will be representing the interests of Enel, Eon, RWE, GasTerra, Iberdrola, Gas Natural and Vattenfall; between them, these commercial energy giants create more than 500,000 jobs and command €900 billion in revenue.

The substantial backing of these combined energy companies could come as good news to the UK energy market; the energy companies are also against the same mandatory 2020 energy targets imposed by the EU that the coalition government has been opposed to.