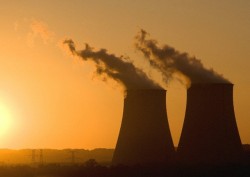 Citizens Advice has found that only six in 10 (63%) microbusinesses are aware that businesses will be getting a smart meter as well as domestic consumers.

Citizens Advice’s Smart Choices report, published on 28 April, analysed interest in and understanding of smart meters in the microbusiness segment of the market.

It found that nine in 10 (90%) small businesses had heard of smart meters but only 28% knew “a fair amount” about them. Of those currently without a smart meter, two-thirds (66%) expressed an interest in obtaining one, with interest levels linked to energy usage. Businesses that had a smart meter installed were more likely to report falls in energy consumption (23%) than increases (14%). The majority (58%) said that consumption stayed at the same level.

To promote the uptake and knowledge of smart meters among the small business community, half of non-smart meter businesses said the most useful advice would be on how the meter could help their business save money (48%). 44% said smart meter information should include a general list of benefits the smart meter could bring, while 41% said advice on the features of the meter and how best to make use of them was important.

The report recommended a comprehensive and simple campaign to inform small businesses about the smart meter roll out. It suggested lines as simple as “you can get a smart meter for your business” for the marketing push. It recommended this messaging be “well underway” by mid-2018, when meters for businesses are likely to be rolled out.

It also called for the more detailed information campaign already being carried out by Smart Energy GB with bodies such as the Federation of Small Businesses to be accelerated. In doing so, this would push the current passive interest in smart metering to an active interest, the report said.

Citizens Advice further said communications efforts should focus on the potential for reducing demand, as this is the main driver in reducing businesses’ energy costs. The consumer advocacy also stated that suppliers need to undertake proactive customer focussed installations that do not revolve around installing as quickly as possible, thus missing the chance to promote demand reduction.

Government has mandated energy suppliers to ensure there around 53mn smart meters installed in over 30mn premises, including businesses, across Wales, Scotland and England by the end of 2020.

With the majority of smart meter communications focussing on the domestic market, small businesses are a small