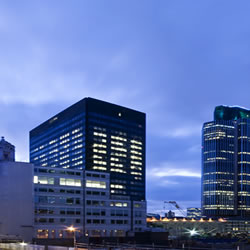 National Grid has predicted up to a 9.9% surplus of commercial electricity generating capacity in its Winter Review and Consultation for 2017-18, compared to 6.6% in winter 2016-17.

The assessment compares the de-rated capacity, which considers the likelihood that each technology will be generating during peak demand periods, against the expected peak demand during the winter months.

The year also marks the first delivery of the capacity market. National Grid noted that some generators currently available had not been successful in capacity market auctions, meaning these units may not be available this winter. The margin range had been used to reflect this uncertainty.

The document added the importance of embedded generation and demand response modelling in the GB security of supply assessment is “clearly growing”.

Overview 2016-17In 2016-17, transmission system demand was 50.9GW; peaking 1.1GW lower than National Grid had forecast in its Winter Outlook Report. Demand was said to be consistently lower throughout winter when compared to winter 2015-16, despite

In 2016-17, transmission system demand was 50.9GW; peaking 1.1GW lower than National Grid had forecast in its Winter Outlook Report. Demand was said to be consistently lower throughout winter when compared to winter 2015-16, despite colder weather.

National Grid explained transmission demand is influenced by temperature, wind, interconnector flows and embedded generation, as well as customer demand management. It said the difference for 2016-17 had been mainly caused by a fall in weather corrected demand and an increase in non-weather related embedded generation. There was higher output from wind generation than forecast during peak hours, providing 10% of total energy generation, while coal generation increased from a third of demand in winter 2015-16 to almost half of GB’s electricity production over winter 2016-17. This year’s Winter Outlook Report will be published in October. The consultation will close on 14 July.

The increase in capacity margin for the second successive year should allay concerns over security of supply and is encouraging for the first main delivery year of the capacity market.