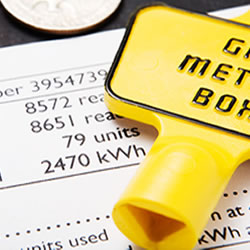 National Grid has revealed that it is expecting to have more than enough available gas and electricity supplies to meet demand over the summer period.

National Grid uses this report to set out its view of the gas and electricity systems between April and September. A similar report is produced for the winter period. These have been designed to help inform industry stakeholders and support National Grid to adequately prepare to operate the electricity and gas transmission systems.

Overall National Grid is expecting total available gas supplies in the UK to exceed demand. It therefore expects for GB-sourced gas to be sent to areas with higher prices. The primary share of UK gas supplies is expected to come from the UK and Norwegian Continental Shelf. It was also noted that gas supplies from more flexible sources, such as imports over interconnectors and Liquified Natural Gas (LNG) are expected to remain low.

National Grid highlighted the knock-on impacts of the increased deployment of renewable energy on the gas network. It is expected that overall electricity demand, combined with higher levels of generation from renewables, will result in less demand for gas-fired electricity generation. The total gas demand for the summer is expected to be approximately 35.7bcm, which would be slightly lower than the previous summer.

GB electricity prices are predicted to be higher than in other European markets and that as a result there will be net imports across interconnector links with continental Europe. Both the peak and minimum demand on the electricity transmission system are expected to be lower than the year before. It is important for National Grid to consider these factors as it must ensure that it has sufficient generation capacity to meet the peak, while a lso being able to ensure it can reduce supplies low enough to not be oversupplied during the minimum. The minimum demand on the transmission system is expected to be 17GW, marginally (0.6GW) lower than in 2017. Peak demand is expected to be 33.7GW and occur between June and August.

National Grid is confident that it will have adequate supplies to meet demand over the coming six months, and the excess availability of gas supplies suggests prices could fall.