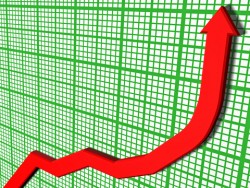 The Chief Executive of energy watchdog Ofgem has warned that Britain’s reliance on fossil fuels is at the peak of it’s ‘roller-coaster’ this winter – and will plunge fast over the next few years.  Writing in the Daily Telegraph, Chief Executive Alistair Buchanan warned both public and business energy consumers to brace for higher energy prices as fossil fuel supplies begin to dwindle.

Buchanan said that as other countries (as well as Britain) downsize their production of fossil fuels, the market supply will outstrip demand as power plants are decommissioned and overseas gas supplies dwindle.  We have to face the likelihood that avoiding power shortages will also carry a price.

“If you can imagine a ride on a roller coaster at a fairground, then this winter we are at the top of the circuit and we head downhill fast”.  “Within three years we will see reserve margin of generation fall from below 14% to below 5% – that is uncomfortably tight.”

The Ofgem Chief Exec also warned about a lack of ‘carbon capture’ between now and the end of the decade. With no ‘stockpiling’ of fossil fuels being built and no increase in nuclear capacity, Buchanan says that gas will become the ‘go-to’ source of power for many energy suppliers – currently making up around 30% of the business energy market, some predictions say that it could grow as high as 70% over the next seven years.

“Just when we need more gas, world demand for gas is set to rise while our own supplies are predicted to fall by another 25% by 2020,” Mr Buchanan explained.

A spokesman for the Department of Energy and Climate Change (DECC) responded to the Ofgem comments, saying “Our energy system faces significant challenges over coming years, including the closure of around one-fifth of our aging power stations. So as Ofgem highlights, we cannot afford to be complacent and may face a looming energy gap.”

The spokesman also pointed out the record £110bn of private investment that is being put into clean power generation, which – when mixed with new gas, nuclear and other sources – is expected to ‘plug’ that aforementioned energy gap.

What do you think of these Ofgem predictions?

Can your business cope with more upward pressure on costs at the moment? or do you think that this problem could be the end for more business across the UK that are already struggling in a slow economy?